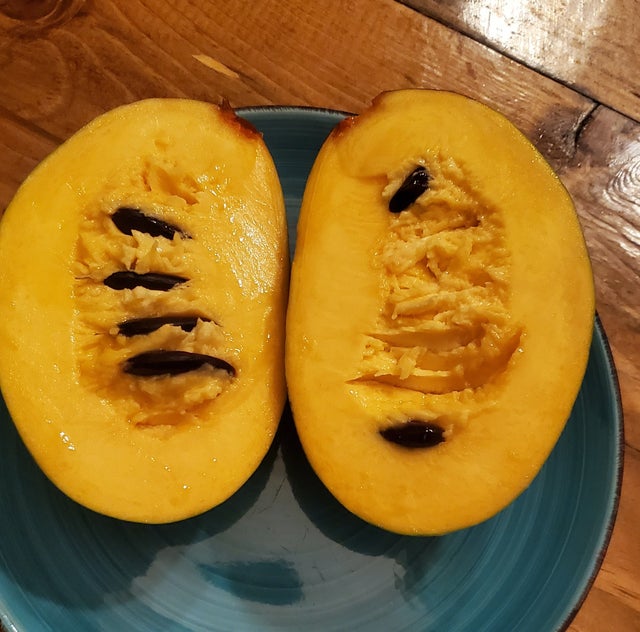 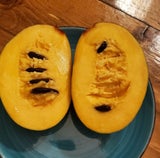 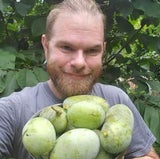 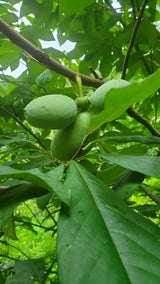 This listing is a PRE-SALE for shipping in late winter or early spring. Two bare root dormant Pawpaw trees shipped to you just in time for planting before the weather gets warm again. You need two for pollination, but planting even more can create a heavier fruit set if you have the space. These are hard to find and as you may have heard, paw paw trees are in high demand! They are the largest edible native fruit in America and the most cold tolerant tropical fruit. You can eat them raw or make ice cream, pies, jam, mead, beer, smoothies and more! The fruit tastes like mango banana custard typically but can have vanilla, pineapple, caramel and many other flavors depending on the ripeness, genetics and growing conditions.

The Pawpaw is VERY dear to my heart and my mission is to bring it back to popularity on the Earth! I will soon be offering seeds, grafted trees and scion wood. This listing is for trees grown from seed for 1-3 years and harvested in dormancy for best transferring to your land.

Once established they are fast growing. They will spread out into a thicket if you would like them to. Alternatively you can easily harvest (and gift them to your friends or sell them) or cut down the root sprouts if you would like. I just run the mower over mine to keep them trimmed. The fruit is sometimes called the Appalachian banana or hillbilly mango. Its native range is from New York to Florida all the way to Texas. It has been successfully grown around the globe though. As long as it has a nice cold winter and a long enough summer to fruit, you can probably grow your own Pawpaw trees. Feel free to message me if you have questions about your planting zone.

Pawpaws are very nutritious fruits. The protein in pawpaw contains all of the essential amino acids. They are high in vitamin C, magnesium, iron, copper, and manganese. They are a good source of potassium and they also contain significant amounts of riboflavin, niacin, calcium, phosphorus, and zinc. The skins and seeds are not edible. The inner bark is very useful for making rope or baskets. The wood is prized for fire starting with bow drills. They have beautiful maroon flowers in the spring.

Features: Drought resistant once established, naturally resilient and adapts well to organic gardening with no need for pesticides. Can be planted around goats and most other livestock as they do not like the strong flavor of the leaves.

Dormancy: These will be shipped in dormancy with no leaves and no soil to reduce shipping costs and to increase chances of success!

Composition: In comparison with banana, apple, and orange, pawpaws have a higher protein and fat content. Banana exceeds pawpaw in food energy and carbohydrate content. There is little difference among these fruits in dietary fiber content. Pawpaw is most similar to banana in overall composition. Apple is especially low in protein, orange is low in fat, and both are lower than pawpaw or banana in food energy.

If you would like to know more about this shop or this item please refer to the About section by clicking Meet the Owner below or the Shipping and Policies tab above.

If you have any questions, ideas, custom ideas or comments, please do not hesitate to contact me!!!

Once again, these will NOT SHIP until late winter or early spring.